They say any publicity is good publicity, right? And a network TV contract shouldn’t hurt, either.

NBC Sports Group’s announcement that it will begin airing college hockey games after Christmas is a boon for the exposure of the sport, which, until very recently, had a cult following and had been relegated to a status similar to women’s college soccer and track and field.

VERSUS, which will be rebranded as NBC Sports Network on Jan. 2, will broadcast 16 regular-season games in high definition. When Notre Dame joins Hockey East as the league’s 11th team in the fall of 2013-2014 (and a source tells me Holy Cross is high on Hockey East’s wish list as the league’s 12th team), the Irish will have every home game broadcast on NBC Sports. Which also means every Hockey East contest at the Compton Family Ice Arena.

Furthermore, Hockey East announced a multi-year deal with NBC Sports Network to broadcast Hockey East games, including the 2012 tournament, which starts at four host sites and then moves to Boston’s TD Garden for the championship semifinals and championship game. Though, of NBC/Versus’ 16-game regular-season schedule this season, only three will involve Hockey East teams:

But this is a start. This schedule now leaves the door open for NBC Sports to tinker with the product in the future – adding more games, finding out which arenas have the best atmosphere, learning what works and what doesn’t …

NBC/VERSUS coverage of college hockey is a good thing – again, sheerly for EXPOSURE. How many times have you turned on your basic cable sports stations and seen a nationally televised college hockey game?

ESPN, ESPN2, ESPN3 (the four-letter network’s Internet outlet) and ESPNU have typically broadcast the NCAA Tournament and the Frozen Four. In a way, it seems as if ESPN has monopolized the NCAA hockey tournament. Otherwise, college hockey has been confined to regional and local networks – some that weren’t easily accessible nationwide, unless you had DirecTV or the digital sports tier on your local cable provider.

For example – there are a few regional networks:

Even though I like watching the regional feeds – watching Maine-North Dakota a few weeks ago, I got a kick out of some of the commercials from the Grand Forks area – regionalization of the sport hinders the growth and exposure of college hockey. 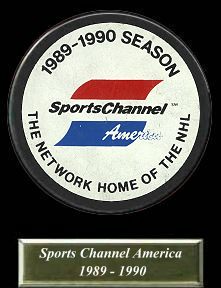 What’s one of the elements that has helped the popularity of the NHL grow in the last 15 years?

The transition from broadcasting games on regional carriers such as WOR-New York, the late Home Team Sports and SportsChannel to … network television.

If you want to see an entire schedule of televised college hockey for the 2011-2012 season, here’s a list from USCHO.com:

(disclosure – I’m a contributor to USCHO.com.)