Earlier this week I got the chance to speak with Plymouth State goalie Jack Astedt for a story I wrote for USCHO.com, and I asked him something:

“Why are we seeing more players from Europe, particularly from Sweden, coming to the United States to play hockey?”

Gustav Nyquist, who played at Maine and who now plays in the Detroit Red Wings’ farm system; 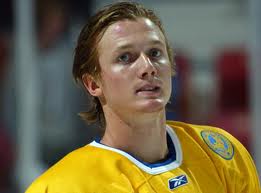 Jarkko Ruutu, who played for a year at Michigan Tech and played in the NHL from 1999 to 2011 before returning Finland this season; 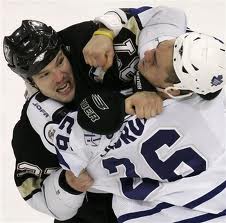 Carl Hagelin, who played at Michigan and who is now in the New York Rangers’ farm system; The Wall Street Journal just ran a story on Hagelin, who’s having success already at the start of his pro career; 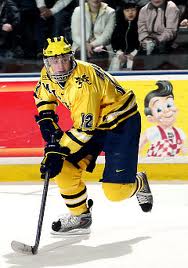 and Viktor Stalberg, who played for three seasons at Vermont and who is now with the Chicago Blackhawks. Stalberg’s younger brother, Sebastian, is a junior at Vermont. 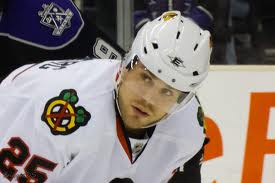 Astedt, who is a junior at Plymouth State, a Division III school in New Hampshire, may not be able to speak for every Swede in college hockey, but offered his explanation: after a player finishes his time at the junior-hockey level in Sweden, there aren’t as many opportunities to continue playing hockey, unless you turn pro.

“In Sweden, you can’t play college sports or university sports in a high-skill level,” he said. “When you go to high school, the high school has no connection with their junior team. The biggest difference, after you play junior hockey back home, you either play pro or you have to slow down and maybe stop developing. But if you can’t go pro, you take the alternatives, where you can play.”

“It’s an honor to play for the students, the teachers and the teammate and (Plymouth State). It’s something that we can’t really offer at home. But we feel a lot of pride playing for the organization you play for (in Sweden).”

And in speaking with Astedt, I remembered something I like about Europe – there’s more of an emphasis on enjoying life, on forming bonds with people and taking the time to be social, instead of going through the motions in our own little bubble, unaware of whatever and whoever is around is.

I was also reminded of this when I went out west two weeks ago and talked to several people during various airport layovers. Ricky, a college student from Oklahoma, and I talked about our experiences overseas and he likened it to this: Europe is a socialist nation. And what’s the root of socialist? Social.